Introducing a 3D printer to my Grandma 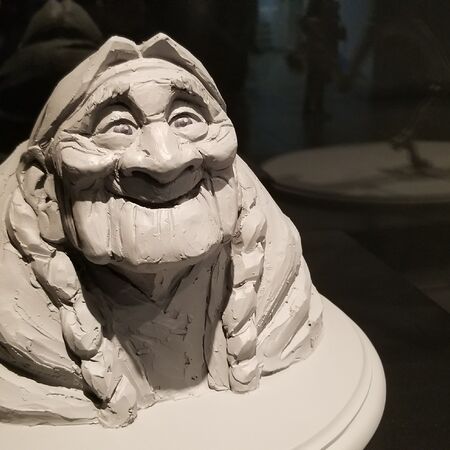 Hope you are doing good. Do you remember when I asked you in my childhood about how God made Adam, as you were telling Biblical stories? You told me that he shaped me with his hand, with all the curves and details, breathed life through his nostrils and that’s how he was made, and he took a bone out of man and did the same process to make eve. But it seems like I understand how he would’ve made him in the first place. Hear me out, you’ll be flabbergasted.

Since the technology I want to introduce to you is quite advanced, I’ll break down the concept to something that you used to do so that you’ll understand better. You used to make clay vessels for cooking right? You used clay as a raw material, you mixed it with water to get the required consistency and then put it in a machine- the spinning wheel . You also pasted some sticky clay on the base of the spinning wheel for grip. You had an idea of a pot or a vase that you wanted to make out of clay. So you used your hand to shape the clay in the spinning wheel, adding more clay whenever needed. This is relatable to 3D printing, which is a technology that is going to revolutionise mankind.

Just like you made a clay pot with your hand and the spinning wheel, 3D printing also works with the help of humans. In 3D printing, you can have an idea of an object to make, you feed it to a machine and the machine does the work for you. In the end, you’ll get a 3D plastic figure of the design you had. Be it a vase or a small grandma figure itself.

Still not clear? Let me break it down further. You have seen the printer that is used in the Akshaya center to give you a paper with your aadhar card copy on it right? There the printer works like an artist, drawing pictures and writing letters in the paper. Here, the 3D printer works like a sculptor, who makes statues out of clay.

Now that you have got a rough idea of what I am telling you, you’ll need to know a bit more to understand my idea of how God would have used 3D printing to make humans. For 3D printer, a person has to supply an idea to the printer, just like a sculptor wants to get inspiration. This is done using 3D modelling, that is creating a replica of the idea on a computer using 3D drawing tools. Imagine it as the rough figurine that the sculptor makes in wood before he starts to work on stone. This is converted into code and is sent to the 3D printer, which is a machine that is half the size of a fridge. The printer has a heated ozzle – some funnel shaped thing with a tiny hole with the diameter that is comparable to the thickness of your nail, which is analogous to the sculptor’s sharp tool that he uses to chip off material.

This is where the analogy to the sculptor ends. A sculptor chips away material to make a statue, while a 3D printer adds material to make statues. Stay with me. Here, recall how you used to make clay pots. You would add material right?just like that, material is added in 3D printing. But it is added in a specific manner. The material is available as a wire and it is added to the heated funnel, and just like a candle melts, this plastic material melts and falls to the plate which is below the funnel.

Now comes the exciting part. Just melting plastic would leave us with a pile of molten plastic right? So we want it to fall in the shape that we want. This is made using a specific arrangement using motors, by which the funnel can move in any direction in a cuboidal space. Think of this as how you make jalebis. You squeeze the bag and make the jalebis fall into oil in a specific pattern. You’ll move your hand so that a specific pattern is formed with the jalebi dough, the same thing is happening there. Just like a cake is made layer by layer, this ‘jalebi action’ is done over on top of each layer so that in the end, you get the whole statue. This layer by layer motion is the most important motion in this whole affair. This is what allows the statue to be made using plastic.

Grandma, this is only the most common technique that I’ve explained to you. There are advanced techniques like putting powder and fusing to make models, shining light on specific material to make models etc. But I am not going there.Just be aware that your cup, bucket, entire houses, metal parts, spaceships and even bio tissues like ears and heart can be 3D printed this way. Doctors 3D prints human skulls and teeth using this method. Probably the artificial teeth that you’re using is 3D printed. So can’t you see how a great sculptor called god can make human beings using this advanced technology? He could’ve printed bio tissues like heart and lungs in one go in his heavenly 3D printer. So when you go there, please come in my dream and give me a tour of the 3D printing facility at his factory.

“Grandma proceeds to hit me” 😄